Very few things come along that turn an impossibility into a possibility. It just doesn't happen very often. Chances are, by the time something has been labeled impossible, it has been vetted enough to validate the designation of "impossible".

Yet if history has shown us anything, it is that when something is labeled impossible, many of us are willing and ready to respond "challenge accepted". Time itself has proven that what is impossible, is purely temporary. Eventually some great mind will figure it out.

Technological advances, scientific discoveries, or some obscure mathematical equation are being manifested on a daily basis, and they all seem to be tirelessly challenging a similar idea. The idea that something is impossible.

"Time itself has proven that what is impossible, is purely temporary."

However, not everything hinges on some genius discovery to turn the impossible into possible. The Do-It-Yourself culture that has arisen in just the last 10 years is simply a grass roots campaign of doing that very thing.

DIY Culture and its war on money

I bought a house a few years before the housing market collapsed around 2007. Where was my crystal ball then right? At the time, it was considered by all "a smart investment". Over the next few years I plunged around $30,000 in the cost of materials remodeling the house in hopes of eventually reselling. My father and I did all of the remodeling ourselves.

This was my first lesson in DIY and the possibilities it provides.

It would have been impossible to accomplish what we did if we hadn't performed the work on our own. My $30,000 investment could've easily turned into $60,000 if I was paying someone else to do the work. Essentially, because I didn't have $60,000, the task would've been impossible.

​Often times the difference between what is possible for some and impossible for others is money. Let's face it, the wealthy simply have the resources available to achieve more, and do so more easily.

What the rich can accomplish in an afternoon through spending, can take years of blood, sweat, and tears for the rest of us. And although it may not seem fair, it's the spirit embodied in those years of hard work that has created the DIY culture we now live in.

It's a literal war waged on money and the belief that we need it to live the lives we have dreamed of.  I want a rustic walnut bench for my living room, but I can't afford the $600 price tag.  DIY culture will take the design, do some research, and build the bench themselves.

Affordability is now only relevant in terms of material cost.  The truth is, you don't need a course in woodworking to build a walnut bench.  You simply need drive, and that my friend, is the new currency.  How much do you want it?

According to blog.atmel.com "the maker movement pumps roughly 29 billion into the economy each year".  ​Even more impressive, in the U.S., approximately 28 million small businesses create nearly two-thirds of new jobs and employ almost half the private sector workforce.

The whole idea of the maker movement is to bring the knowledge, and ability to the people. Maker Faire is a massive example of people empowering themselves. Attended by over 165,000 makers, the Maker Faire is the self-proclaimed "Greatest Show (& Tell) on Earth. Maker Faire is part science fair, part county fair, and part something entirely new! As a celebration of the Maker Movement, it’s a family-friendly showcase of invention, creativity, and resourcefulness"(www.makerfaire.com).

The age of large corporations monopolizing industry are simply over.  Thanks to DIY culture, the impossible tale of David versus Goliath is even more relevant today.

The good news is, society and consumers are responding positively to the DIY shift.  The great benefit for many DIY'ers is that not everyone is willing to do-it-yourself.  So, for those that posses the DIY spirit and turn passion into business, they now have a supplementary source of  income.

It is a rapidly growing trend for consumers to feel connected with the products they buy.  Need proof?  Look at the organic food explosion in the last 10 years.  People love to know where their food and products come from.  "Buy Local" is the new war cry of this generation.

DIY culture isn't new.  It's just been widely embraced and resources are more readily available​.  In all honesty, I think we all have a inherent lazy bone that is nurtured through the existence of such inventions as the internet.

Where before we might have to hit up the library, find a book on woodworking, read, study, and take detailed notes, all just to learn how to build a table.  Now, we just watch a short tutorial on Youtube. 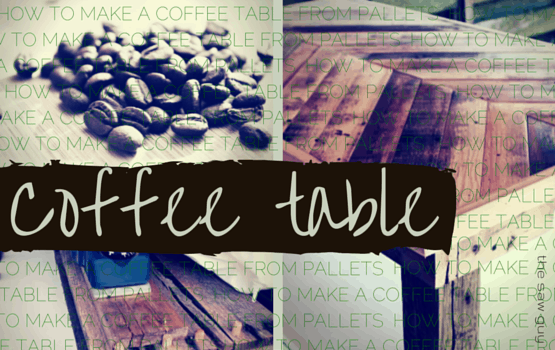 The same story is told over and over in today's society. The internet alone has transformed the world, connected its inhabitants, and given us a single source for gathering information on countless subjects. No longer are we forbidden access into forbidden cities. The days of dreaming of far -away places are long gone. It is all now at the whim of our imagination and force of our keystroke.

​The role the internet has played in the continuing expansion of DIY culture cannot be undersold. In fact, in many ways without the low-to-no-cost marketing, research & development, market-place, and distribution (the list goes on) the internet provides, the DIY impact would be minimal.

"DIY culture has simply turned its heel to the notion that money is a necessary evil."​

Sites like Pinterest, Etsy, Instagram, and even Facebook bring the DIY culture closer to society, and for some, its customers.  It's now clear, the term "DIY" itself has even renounced its origin.  A do-it-yourself'er is no longer simply someone who paints their own walls, but represents those who secure their own retirement outside of 401K and the recently unreliable Social Security plans.

Back to our origins

I'll reiterate, DIY culture isn't new.  Every society can trace its origins back to a culture that was DIY. Yet, not DIY out of preference, but rather birthed from necessity.  Everything eaten, sat on, lived in, cleaned with, driven, and used for clothing, derives from the same idea the DIY culture identifies with today. 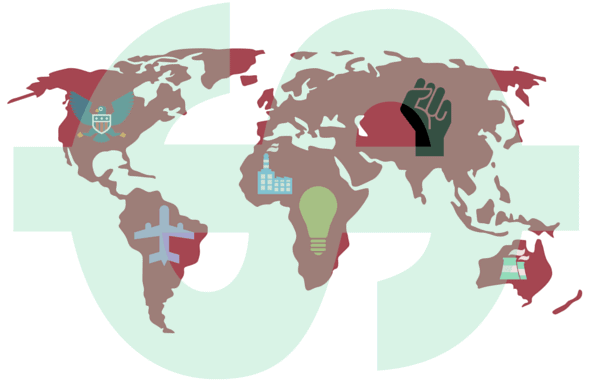 Somewhere around the Industrial Revolution, I presume, society lost the drive to create and decided it was necessary to let someone else "do it".  Through clever marketing and strong-arm business tactics, we were all but forced to relent our independent spirit, and truly believed it was impossible to do it on our own.

Why work hard to build something, if you can work hard to spend on something?  For some reason, like lambs to the slaughter, we decided the latter was easier.

It takes a long time to break the spell spun around your mind so long, that contrary ideas have been villainized.  And sometimes, it takes a true cultural shift to slowly wade through the fog we have blindly inhabited.  DIY culture has done this very thing for me.  I have shifted my sails to the possibilities that were formally unavailable because of my own lack of belief in myself.

I no longer believe in impossibilities.  I now know impossible is purely temporary.