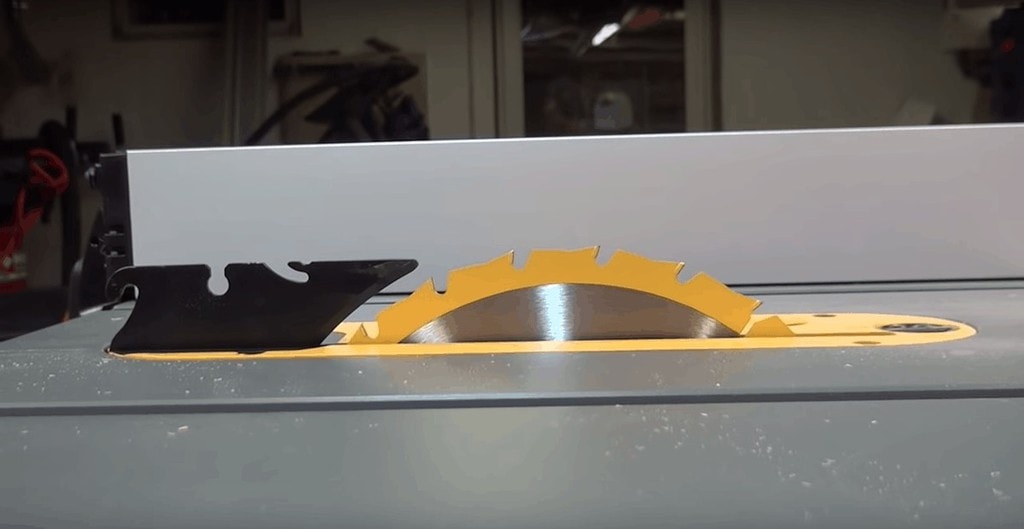 When you’re thinking of buying a saw, the statistics that need to be considered can be completely overwhelming. Amps, volts, dimensions, blade size… It is not the easiest decision. One of the statistics most often used to make a decision is table saw horsepower.

For most applications, 1.75 horsepower is plenty of power, but you may want to get a higher-powered motor if you will be using your table saw on a daily basis or for commercial purposes.

The necessary amount of table saw horsepower is a widely debated topic among the woodworking community. In this article, I will discuss everything you need to know about horsepower as it relates to your table saw.

How Much is Enough?

Determining how much power you need in a table saw depends greatly upon what kinds tasks you need to perform. Certainly, if money and space are no object, you would likely never regret going with a more powerful saw, but most of us don’t want to throw away money for horsepower we don’t need.

If you’re a hobbyist woodworker, a 1.75 horsepower table saw will probably serve you well unless you are frequently cutting a lot of hardwoods or thick pieces. You may need to feed wood to the table saw more slowly, but it should do everything you need it to.

If you are looking to make a career out of woodworking, or even a lucrative side hustle, and you think you will use your table saw on a daily basis based on the kind of work you do, then you will definitely want a higher horsepower.

The 1.75 HP table saws will get the job done, but they need to be coddled a little bit and the wood must be fed to the saw at a slower rate. You will wear an underpowered machine out very quickly with commercial use and have to buy a new one far too soon.

For commercial woodworking that involves using the table saw regularly, try to get a table saw that is at least 3 HP, if not more.

If your woodworking business only involves light table saw use, you can get away with a lower horsepower and a solid blade.

If the kind of woodwork you do involves cutting through hardwoods or thicker pieces of wood on a regular basis, you’re going to want a more powerful saw to avoid burning out the motor.

If you often need to cut through thick pieces of wood, you may consider getting a table saw with a 12” blade or larger. Most 12” table saws come standard with a 5 horsepower motor, but you might even want to go higher than that if you are looking for speed.

If you cut through a lot of hardwoods, you will want a table saw with at least 3 HP, and you would do better to get a 5 HP table saw to avoid burning out the motor.

Extra horsepower doesn’t just give you power, it gives you speed. When you’re a commercial woodworker, that speed is really important. The faster you work, the more work you can do, and the happier your clients will be.

If you want to make a quality product as the fastest speed possible, a higher horsepower table saw is the right choice for you.

Horsepower is a unit of power equal to 745.7 watts or the amount of power used to raise 550 pounds 1 foot in 1 second.

It was originally created to help people in the late-1700s conceptualize the true power of motors in terms they could understand. Since most of us no longer use horses to power our equipment, the term horsepower has become increasingly more difficult to grasp. (source)

Horsepower Ratings Aren’t What You Think

If a table saw draws 15 amps at 120 volts, the maximum amount of energy it can draw is 1,800 watts. Even if the motor operated at 100% efficiency, the maximum horsepower would be about 2.4 HP. There are saws claiming that their motors have far higher “max” horsepower than this, which is impossible, of course, even with a highly efficient motor.

The horsepower rating is clearly not based upon normal use. Perhaps the motor can reach the maximum horsepower if fed an increased amount of power, but it won’t be fed that power plugged into your 120 volt power outlet.

This makes it difficult to know exactly how much horsepower your table saw needs to have, especially since some companies share the horsepower you could expect from normal use and other share the maximum horsepower.

Some of the horsepower ratings listed and the maximum possible horsepower based on the amount of energy the table saw requires are pretty close, but you have to remember that no motor is 100% efficient.

A cheaply made motor will certainly not be very efficient. When looking at two different table saws of similar horsepower, one may have slightly lower horsepower, but still be more powerful if the motor is more efficient.

Some companies may also be more transparent and list the normal use horsepower instead of the maximum horsepower. When reviewing a table saw’s horsepower, I would be especially careful with companies listing the “max HP.”

The max HP of a table saw is typically not the amount of horsepower you can expect from normal use, which makes the number almost meaningless. How is max hp calculated? And where is the motor drawing the power from the reach those power levels?

What Do Horsepower Ratings Tell Us? 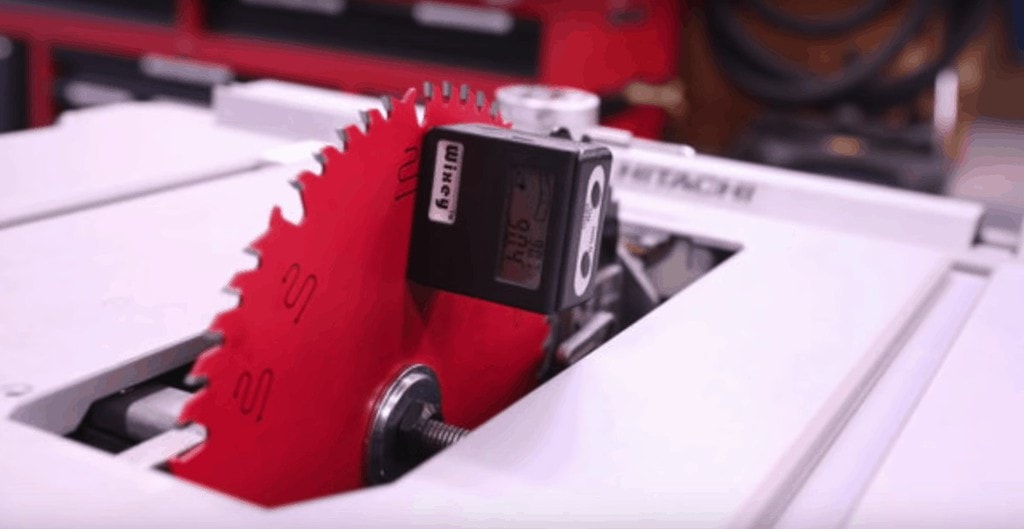 To some extent horsepower rating do measure the power of a motor. A 3 HP motor will almost certainly be less powerful than a 5 HP motor. The hardest is part is trying to figure out if a horsepower listed is a typical use horsepower or a max horsepower.

All things considered, horsepower ratings should not be the end all and be all for judging a table saw. Don’t forget to take into consideration the quality of other parts of the table saw and especially the quality of the motor.