Let's try to keep this as simple as possible. A jigsaw IS a reciprocating saw. It's sort of like saying Diet Pepsi is a "type" of Pepsi. But, let's dive deeper and learn what the differences between a jigsaw vs. reciprocating saw.

A simple definition of a reciprocating saw is that the blade uses a push and pull motion to do its cutting. 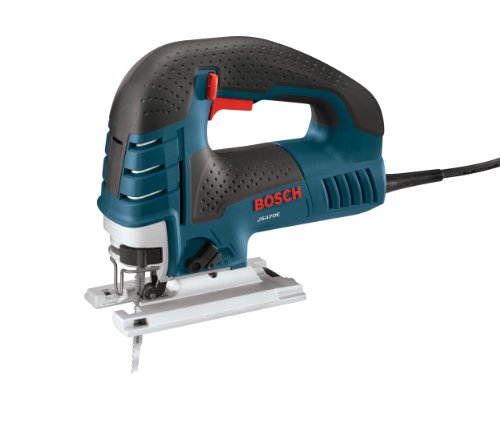 A jigsaw, although it's in the same family as a reciprocating saw, it definitely has its own purposes and uses. Jigsaws cut accurate, curved lines in whatever material you're working with. You can use a guide to make circular cuts or parallel cuts.

It's the grandmaster at cutting shapes into whatever material it's working on. Depending on what material you are working with, you'll want to properly adjust your speed. For example, if cutting wood, a fast speed should be used. However, when cutting metal or ceramic, you'll want to use a slower speed.

It's also used for making compound and bevel cuts into various materials.​ You simply need to move the base to a 45-degree angle to do this. Using a jigsaw is something you won't do as often as many other power tools. However, it's one that you're glad you have in the tool shed when you need it to cut a counter top or cut out a circle in a door.

A jigsaw is one tool you will absolutely love having purchased it.

Jigsaws work best on hard wood that is no more than 3/4" thick or soft wood that is up to 1.5" thick. In order to make a cut, you need put the base plate right at 90-degrees from the start of what you're cutting (see image). 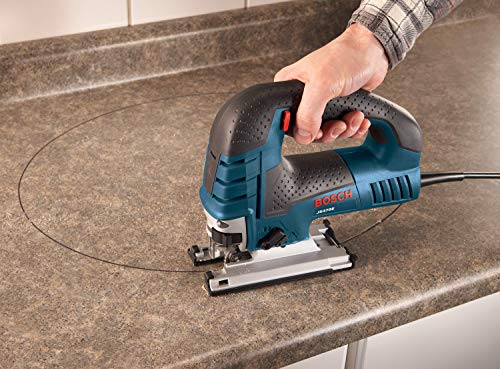 If you're cutting a circle, and not starting on the edge, simply drill a hole big enough for the jigsaw blade to fit into, and then start your cutting. 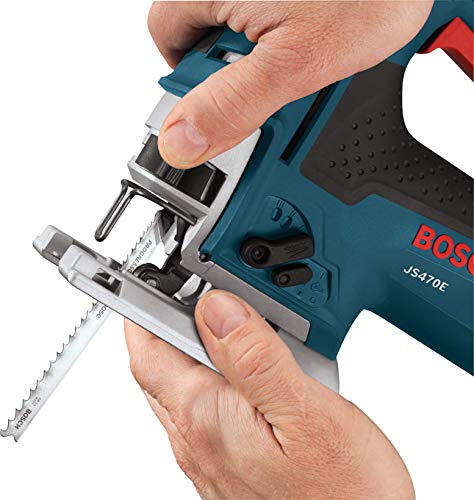 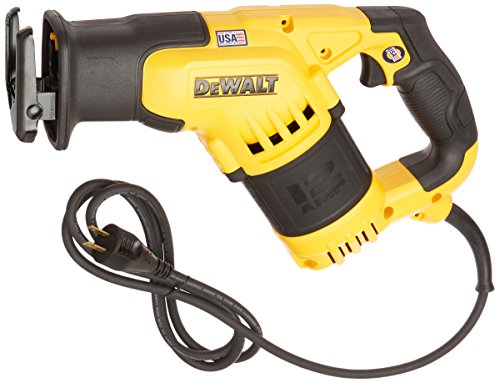 Reciprocating saws are good for cutting things that are out in the open. It's perfect for framing out windows, cutting pipes, etc, because the blade is out in the open and easy for you to see. These saws are great for demolition projects that you have.

These saws typically do cut in a push/pull (reciprocating) motion, but can be found using an orbital or pendulum action, depending on which you purchase. Some saws simply have a switch you can flip to do all of the above-mentioned motions. The orbital/pendulum motions minimize the sawdust on the job.

You can use it to cut above your head!

You would use this type of saw to cut through nails in a door jam and then you would cut out the door jam itself using the same saw.

This is the saw you will use when you step into being a more professional DIY-er or when you're downright serious about a major remodeling job.​

This saw is not a fine crafting tool like the jigsaw is.​ In the battle of jigsaw vs. reciprocating saw, you want to know which saw you're going to need for your next project. Having this information should help you make a more informed, educated decision about whether a Jigsaw vs. Reciprocating Saw will best suit your needs.