Milwaukee and Hitachi have both been around for a long time and they’re both going to offer you a decent amount of quality and features when it comes to tools. Take a look at both of them and you’re definitely going to see why each of them has made some of our lists.  Who will reign supreme in our Combo Kit Showdown of Milwaukee vs. Hitachi?

Hitachi was originally founded way back in 1910, creating nothing but the five-horsepower induction motor. As time went on, however, the company continued to expand and explore in a variety of different countries as well as tools and other products. Today, they’re involved in a little bit of everything and they’re definitely providing the quality that people have come to expect from their tools.

​The other option we have right now is Milwaukee, which has been making tools since way back in the 1920s. Though the original company closed its doors in 1923, though they were only out of business for a year before the company we now know as Milwaukee was born. They didn’t start out making tools themselves, just repairing other tools, but they managed to change their mindset and continue to grow and evolve from there in no time. 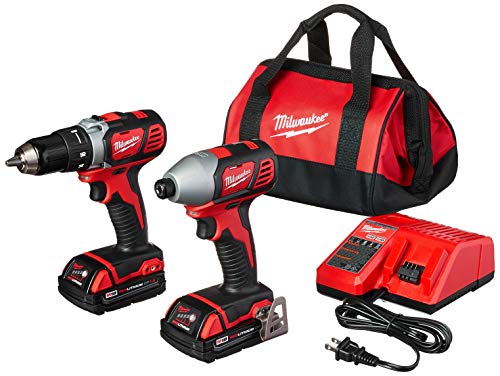 This Milwaukee kit comes with two great tools that you’re going to use frequently: the impact driver and the compact drill. They both run on an 18-volt system and are backed by a 5-year warranty, which is definitely something you’ll like since it means you can rely on these products a little longer. You’ll get a belt clip, a carry case, and two batteries so you can easily swap between the two when you need them. 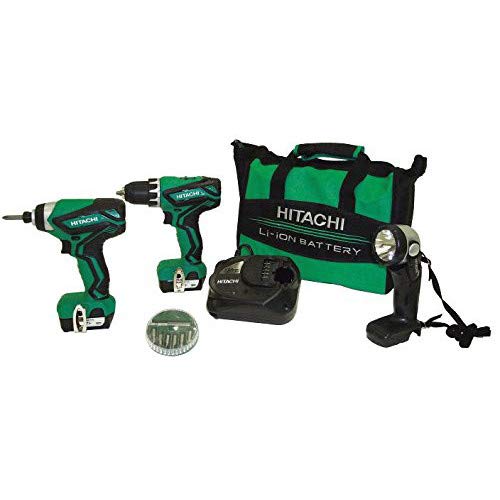 The Hitachi kit provides you with the impact driver and compact drill as well as a flashlight that all run on a 12-volt system. It all comes with a lifetime warranty, which is one of very few available for tools. Plus you get the two batteries, a charger, a carry bag, and a few little extras. What’s really nice is that you’re going to get a 40-minute quick charger rather than a basic option, which improves its versatility.

Okay, so now it’s time to put them head to head and see which one comes out in the lead. We’ve found a few things that are important for anyone that’s looking to pick up a combo kit.

With the Hitachi kit, you’re not getting quite as much power because you’re at 12 volts, but that’s still going to be enough for most people who need these tools.

There’s going to be very little that it can’t do, but with 955 in. lbs. of torque to the impact driver and 21 setting options for the drill you’re going to have ways around just about anything.

That’s all with an 18-volt system, so you’re getting a bit more power here, which is great if you’re going to be doing a lot of more extensive projects or you really need the power.

You want to have a great warranty and the Hitachi gives you the best when it comes to that.

That’s because you’re going to get a lifetime warranty on the tools that you get in this set, which is an important feature and it’s definitely something you can’t overestimate.

Knowing that the company is going to stand behind their products for as long as you have them is definitely something you can appreciate.

With Milwaukee, you’re going to get a decent warranty that’s over what a lot of other tool companies are going, but five years is definitely not even comparable to a lifetime.

Therefore, if the warranty is important to you, then you’ll want to take a closer look at Hitachi. Still, five years is going to be quite good and comparable to other options.

You get more tools with the Hitachi set because it comes with both the driver and drill and a flashlight. Otherwise, the two sets are really close tool wise.

You are getting differences in power to look at, but if all you’re considering is the tool types themselves that are included you’re getting very much the same set.

That flashlight can be a great aspect and a good bonus feature and it’s in the set that’s actually going to cost you less money (but we’re not quite there yet).

You always want to take a look at the price of any item that you’re going to buy, but you don’t want it to be your deciding factor when it comes to what you’re actually going to buy.

The Hitachi version in our options is the one that’s going to give you the most quantity for your money because it’s actually more items and it’s the cheaper option.

While it’s not substantially cheaper, it’s enough you’re going to notice so make sure you look carefully at the options when you’re making a decision.

The Milwaukee version has fewer items but a higher cost because of the reputation the brand has.

All in all, you can’t go wrong with either one of these options but it depends on what you’re looking for.

If power is important to you then you may want to splurge a bit to go with the Milwaukee (or if you already have other tools that use the same battery system).

If you want to save a bit of money and get a little bit extra, then the Hitachi version will be a great option for you.

It’s only 12 volts instead of 18, but for most, it’s not going to be a big deal. Plus, you’re going to get a lifetime warranty when it comes to the Hitachi.