Designed to get your projects up and running even faster, either one of these cordless drills with lithium-ion batteries is going to make your jobs much easier while you’re at it as well.

Makita, founded in 1915, started out with just one product: electric motors. Since that time, however, over the last 100 years, they’ve expanded to cover a wide range of different tools and electronics. Not only that, but they’ve expanded their customer base to sell in 40 different countries around the world, with 10 plants currently in operation across eight different countries. All of that leads up to a company that’s very well-known in the industry and provides its customers with great quality products.

​Founded in 1941, Hilti had their first big breakthrough in 1957, when they created the first powder-actuated tool in the world. It didn’t take them much longer to expand to cover a total of 30 different countries. Today, Hilti has a presence in over 120 countries, which definitely says something about its quality and its following. With plenty of construction-related products available, it’s easy to see why as well. 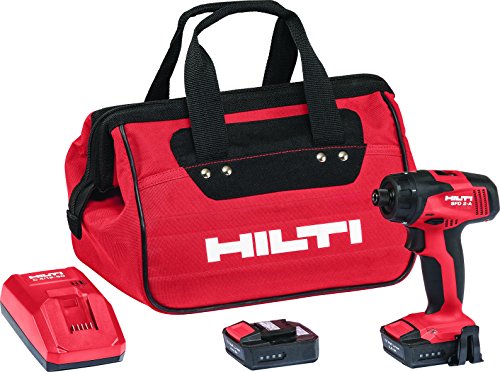 The Hilti Hammer Drill/Driver Kit comes with the cordless drill as well as two lithium-ion batteries, the charger, and a tool bag to carry it all in. Designed with a precision clutch to give you just the right amount of control while you’re working, voltage current and temperature sensors to monitor the motor and a double LED to reduce shadow, it’s definitely a high-quality tool. A little on the heavier side, it has a 12-volt, lithium-ion battery and an ergonomically designed handle.

The Makita Hammer Driver-Drill Kit comes with a variable speed unit with what they call extreme protection technology to make it more resistant to dust and water. It’s longer than the Hilti version and weighs in lower, even with the battery, to make it easier to use for an extended period. It uses a lithium-ion battery and comes with one as well as a hard sided case to carry everything in. It has a bit higher voltage power, at 18 volts, and can screw through just about anything.

So, when you’re comparing your drill-drivers, where are you going to go? What are you really looking for? You’re definitely going to be looking for capabilities, power, price, portability, and comfort.

The Makita drill comes with an 18-volt motor, which is going to give you a decent amount of power (about average overall).

It’s going to get through just about anything and many have used it not just with wood and softer materials but even with metal sheeting.

There’s not much that this thing isn’t going to be able to get up the power to do and the variable speed function definitely improves that even more.

The Hilti has a 12-volt motor, which is going to be enough for most purposes, but it might be just a little bit low when it comes to some more advanced or high power uses.

You’ll definitely be able to do quite a bit with it though and you’ll have no problem with soft materials, moderate strength materials, and even harder wood and more.

Price shouldn’t be your determining factor if at all possible, but sometimes it’s important to take a look at anyway.

Between these two options, you’re going to pay a bit more for the Hilti version, but you’re not going to have a whole lot of difference.

In general, the price difference is not accounting for much, as you’re paying more for a little smaller size and power in the Hilti.

You want something that you can take with you wherever you need it and that actually works for both of these. The Makita version is a little bit larger, longer overall, but it’s also lighter weight.

You’ll get a hard-sided case, which can be good for protection purposes because there’s less chance of it getting bumped around or damaged in any other way while you’re transporting it.

With the Hilti, you’re going to have a soft-sided bag that you can carry it around in. The bag offers a little more space for you to put other things in and you’ll be able to store it a little more easily because it can be folded down slightly.

You’re not going to get quite as much protection out of this type of bag, however. Also, the tool itself is a little bit smaller, which can make it easier to carry around with you as well.

The size of each of the tools plays a bit of a part in how comfortable they are, but it’s also about the actual grip.

The Makita is a little bit longer, but it is lightweight and it’s designed to have an ergonomic style handle to make it comfortable for extended use.

The Hilti has a slightly flatter handle and though it’s smaller, that doesn’t necessarily mean that it’s going to be more comfortable for you to hold onto.

When you’re using it you’ll need to find a grip that works for you, but the handle itself doesn’t really help with that.

Though both of these units are high quality and will provide you with plenty of capabilities, we think Makita beats Hilti by a slim margin.

That little bit of extra power is definitely a bonus and means that you’re going to get just a little more durability from this unit for the advanced projects you might have. It’s also a little bit less expensive, which is a great bonus.

If you really like Hilti products, you’re not going to go wrong with this one—you’re just going to spend a little more money and have a little less power in the end.