It can be awfully frustrating trying to decide on a brand when in the market for new tools. You can read article after article, sift through hundreds or even thousands of comments on dozens of DIY forums, and at the end of it all, still not come to a proper conclusion.

Fortunately, we’ve been there. We know what it’s like, and we certainly understand that whatever it is you’re in the market to buy, you want to make sure to get the best product for your money.

In this article, we’ll do head to head comparisons on several DeWalt and Ridgid tools - these are tools that we’ve purchased and used, and are more than happy to share our opinion about in the hopes of making your life a little easier.

In general, we’ll say that in our experience, the two brands are quite similar when it comes to performance. Durability and battery life, DeWalt seems to have the upper hand. However, DeWalt tools tend to be a little pricier overall than similar Ridgid tools.

Read on to hear what we’ve got to say about these companies’ cordless drills and impact drivers, circular saws, and cordless combo kits. When all’s said and done, we’ll come to a conclusion on which brand we think is better, overall.

When contemplating brands and weighing out your options, it helps to know a little bit about each company’s history; where they come from, what they stand for, and where they’re at.

Both DeWalt and Ridgid were American-born companies that started out in the early 20’s. In fact, the brands were neighbors - DeWalt originated in Pennsylvania, while Ridgid started out right next door in Ohio.

Ridgid rose to prominence through the first half of the 20th century with their industry-leading line of plumbing tools; heavy-duty pipe wrenches, pipe cutters, pliers, etc. In the 60’s they were acquired by Emerson Electric, which expanded the company’s product line - they simply stamped the reputable Ridgid name on power tools that they had already been manufacturing.

The DeWalt name rose to prominence with their revolutionary line of heavy-duty stationary tools, most notably the radial arm saw, which was invented by the company’s founder, Ray DeWalt. Throughout the 30’s, 40’s, and 50’s, the DeWalt name came to stand for the best of the best among industrial quality tools.

Very similarly to Ridgid, the DeWalt name was acquired by Black and Decker in the 1960’s. At the time, Black and Decker tools weren’t known for being much more than inexpensive department store toys - in order for them to jump into the pro-quality power tool market, they needed a more reputable name.

This is why they purchased DeWalt; used the same tools that they were manufacturing and selling as Black and Decker’s, stamped the DeWalt name on them, and took over the power tool industry.

Currently, both brands are still owned by the same parent companies: Emerson Electric (Ridgid) and Stanley Black and Decker (DeWalt).

Alrighty then, now it’s on to the good stuff - the tools.

Like we said, we’ll do head to head comparisons of the tools that we have experience with. Of course, more often than not, the major buying point for most consumers is price - we’ll be sure to weigh that in heavily to our overall considerations.

Being that it’s what we have experience with, we’ll be considering the following cordless drill/impact driver combos for each company: 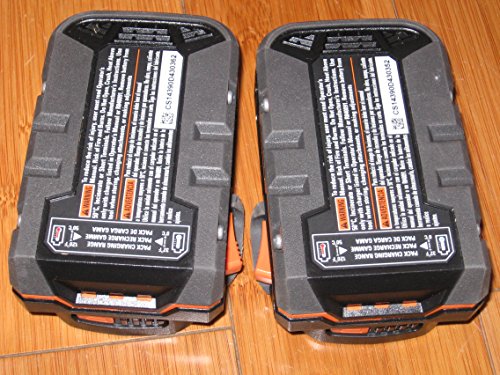 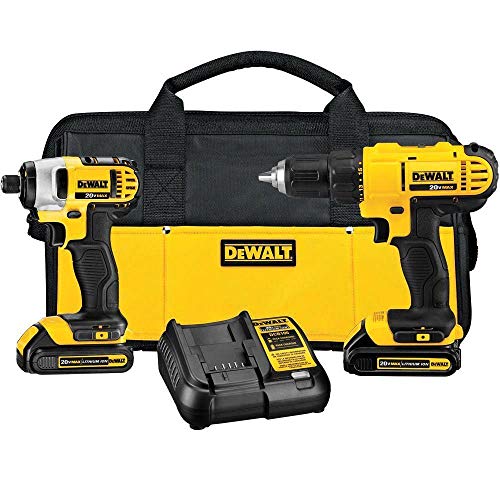 Cordless drills and impact drivers are commonly purchased together in these 2-piece kits. (Quick note - Ridgid has recently come out with their Gen5X drills/impacts. We’re reviewing the Gen4 here, but we haven’t heard too many great things yet about the new Gen5X).

Price-wise, the DeWalt comes in a little cheaper than the Ridgid combo, so it’s advantage DeWalt right off the bat. Now, we’ll just go ahead and say that in our experience, the DeWalt performed better and felt better overall than the Ridgid - it’s hands-down our recommendation between the two brands for drills and impact drivers.

For starters, both the DeWalt drill and impact just felt better in the hand. Both brands are pretty bulky/heavy tools, but the Ridgid just seemed to cross the line with excessive weight. Typically we would prefer a little bit of bulk and weight as it usually signifies quality, but the Ridgid just felt like cinder blocks - we couldn’t imagine using them for a long six or eight hour day.

Performance-wise, differences between the two were honestly negligible, although we will say that DeWalt’s batteries were noticeably longer lasting than Ridgid’s. (We didn’t do any sort of head-to-head challenge or anything like that, but after months of normal/interchangeable usage, it was obvious that the Ridgid batteries drained quicker than the DeWalt).

Cordless combo kits are a great way to get into a cordless tool set if you’re just starting out and don’t have anything to build off of.

You’ll hear a lot of people say to avoid the combos and to purchase tools individually, so that you get the best buy for each individual tool, but we think this is baloney. If you’re using cordless, you’re much better off having the same battery/charger platform for all your tools, than to have three or four or five different sets of batteries for each specific tool. Just our humble opinion.

For the Ridgid and DeWalt combos, we’ll be reviewing the following: 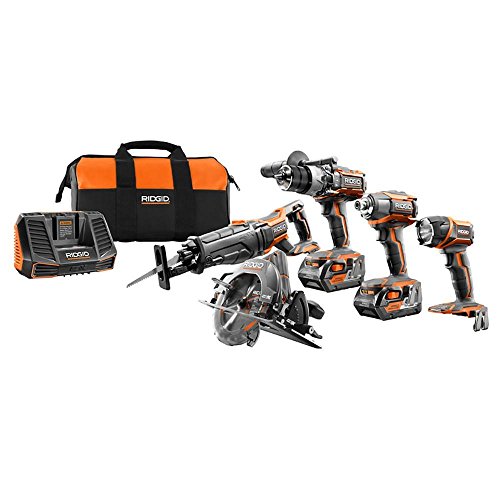 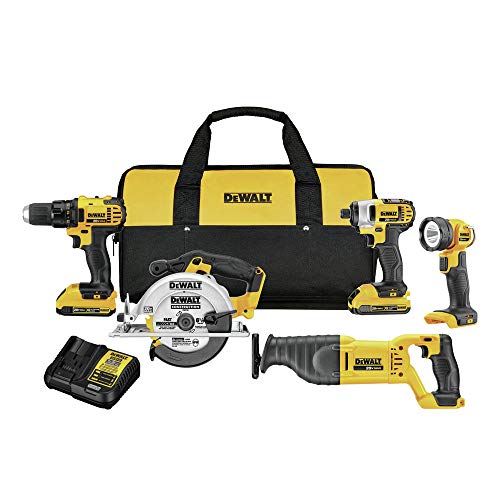 We’ve already declared our verdict on the Ridgid vs. DeWalt drill and impact driver, so now it comes down to essentially the sawzall and the circular saw. (Who cares about the LED light, really? Although they are admittedly super handy).

In our experience, (and we think you’ll find a similar opinion among the majority of woodworkers), cordless circular saws just aren’t really there yet - they drain too much battery and can’t supply the power you need for a long enough time to be effective.

That being said, we actually liked the Ridgid saw a little bit better than the DeWalt - it’s a little heavier, but it seemed to move down the plane better and have a little more bite and precision than the DeWalt did.

As far as the reciprocating saw, we really love the DeWalt, and get a ton of use out of it. The 20V MAX batteries seem to supply more than enough juice for it, and it just feels better in your hand and feels more controllable and comfortable than the Ridgid.

Regarding price, the DeWalt kit is a little more expensive than the Ridgid.

Is it worth it?

Mmm, in our opinion, yeah. Really what you’re most concerned with in these combo kits is the drill, impact driver, and battery performance - all of which the DeWalt hands-down is superior to over the Ridgid.

So who’s the victor?

Overall, based on what we experienced with performance, comfort, durability, and overall value, we’ve got to say that we recommend DeWalt over Ridgid under the majority of circumstances.

Now, don’t let that be a knock on Ridgid - they’re certainly fine tools. At a similar price tag though, for us it’s got to be DeWalt.