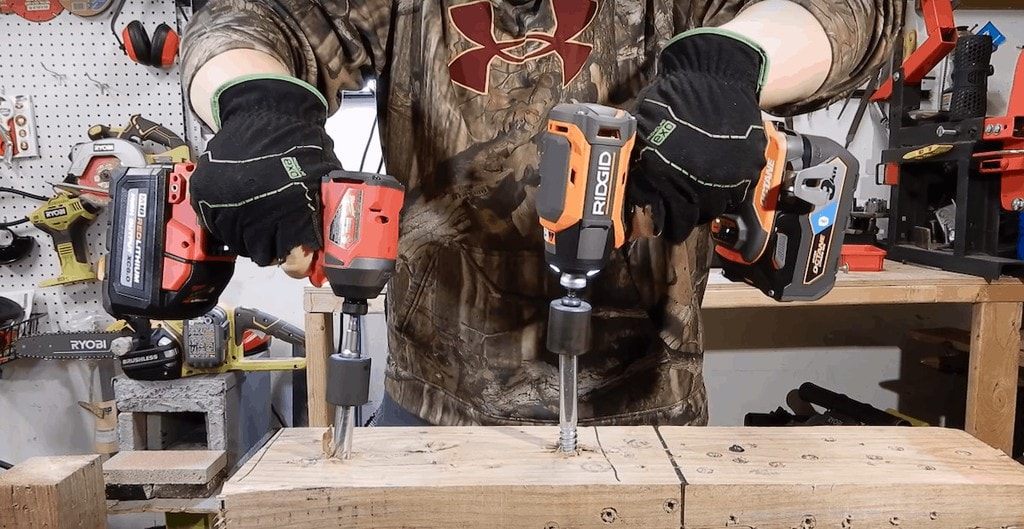 Ridgid has recently come out with their new line of Gen5X brushless cordless tools that are priced pretty darn similar to Milwaukee’s renowned M18 Fuel lineup.

That’s a pretty bold move; if you’re going to price your tools similar to Milwaukee, they had darn well better be able to perform.

Historically, Ridgid has always been a fine power tool manufacturer, even if they’ve tended more towards the budget side of things (i.e. competing with Craftsman, Ryobi, etc). They’ve always been a reliable brand that offers tools that get the job done at, most importantly, a more than reasonable price. You wouldn’t see a ton of professional contractors at the jobsite with Ridgid tools, but for the weekend/part-time DIY’er, they’re usually more than enough tool.

Now that they’re marketing more towards the upper-spectrum of high performance, we figured it’d be relevant to really check out the Gen5X lineup and see if they’re worthy of their hefty price tag.

So, if you’ve been trying to decide between Milwaukee vs. Ridgid, you’ve come to the right spot. Read on to hear what we have to say about the two brands - you might be surprised.

Ironically, both Ridgid and Milwaukee began in 1924, and both were originally midwest companies; Ridgid started life in Ohio, while Milwaukee started out in, um, Milwaukee.

Ridgid was originally known for the pipe wrench - they invented it, and probably still manufacture the best that money can buy. Since they made it big time though and were acquired by Emerson Electrics in the 60’s, they’ve ventured off into every nook and cranny of the tool market.

Like we said, they’ve typically been a brand marketed mostly to the budget crowd - quality products that were affordable to the average joe.

Milwaukee shared a similar chronology, although quite recently (i.e. within the last couple decades), they’ve really taken off and been the representation of the upper-echelon of power tools; consistently putting out the most expensive, best-quality products on the market.

Coincidentally enough, the power tool divisions of both companies are run by the same massive conglomerate - Techtronic Industries. As far as we know, the entire lineup of cordless tools for both companies are manufactured in China.

We’ll start off by saying that the Ridgid Gen5X drill and impact driver have the best torque specs in the industry (3,600 in. lbs).

In fact, the impact driver has about 750 in. lbs. more torque than the Milwaukee M18.

But - BUT - make sure and take that with a grain of salt. The thing about torque is, unless you’re operating at or near capacity, it doesn’t really matter if your tool has 1,000x more torque than a different one.

Both will drive that sucker in no problem. Now, if you’re concerned about speed, what you’d want to consider more in this instance is RPM’s and IPM’s (impacts per minute). In this regard, the Milwaukee outdoes the Ridgid (3,600 IPM compared to 3,200 IPM).

So, is Ridgid’s ‘industry leading’ 3,600 in. lbs. of torque really worthy of a massive hike in price?

In our mind and in our experience, no.

Like we said, we’ve always regarded Ridgid as a quality brand, and we still do. But for our money, you’d be much better off going with their more entry-level line of tools with the traditional Ridgid value pricing. If you’re looking for primo equipment and really want to go top of the line, and don’t mind spending top dollar, we’d definitely recommend going with Milwaukee.

Head to head: Ridgid vs. Milwaukee

The first thing that you’ll notice is weight. 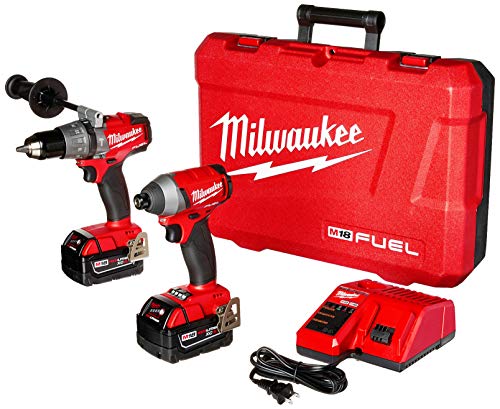 The Ridgid is a bulky and heavy drill. We use mostly DeWalt tools, which are renowned for their heftiness due to their all-metal transmissions, and the Ridgid was darn near as heavy as the DeWalt.

The Milwaukee felt like a toothick in comparison - light, sleek, and super-comfortable in the hand.

Weight and bulk can play a big significance depending on how much use you get out of your tools. We suspect this is probably a big reason why Milwaukee tools are found so commonly on professional job sites - when you’re working for 8+ hours a day, you’re going to want a tool that gives your body a minimum amount of stress and fatigue.

The Ridgid is not that tool.

The next thing we have to mention is performance.

To put it simply, the Milwaukee M18 dusted the Ridgid Gen5X. We tested both on a boat trailer with 5-lug wheels, and the Milwaukee zipped the nuts right off no problem.

The Ridgid also got all of them off, but with a lot more fuss. We also did the standard test of driving giant 7 ½” lag bolts through two wooden blocks, and again the Milwaukee far out-performed the Ridgid.

It was actually a fairly major struggle to drive the bolt all the way in with the Ridgid.

The last major thing you’ll want to consider is battery life. Milwaukee M18 batteries are renowned for having the fastest charge times in the industry, and it’s true; they’ll charge from near dead to 100% in less than hour.

The Ridgid batteries were on the charger for about an hour and thirty five minutes before they reached full. Battery drainage wise, Milwaukee’s line are also the best in the industry. This comes right back to performance and engineering - the Milwaukee is designed, engineered, and crafted better, which makes it perform better.

The better and more effortless the tool performs, the less strain/drain the battery is going to take.

One last fairly major thing to consider is complete tool line-ups; if you’re trying to build up a big arsenal of cordless tools all around the same battery platform, Milwaukee has got way more options than Ridgid does. You could build a massive cordless tool collection off of the M18 platform, whereas you’d be a lot more limited with what you can get with the Ridgid line.

So the bottom line, as you’ve surely deciphered by now, is that the Ridgid Gen5X is - in our opinion - not worthy of competing price-wise with the Milwaukee M18 Fuel. Granted, it is a little bit cheaper, but based on performance, we’d be more than happy to spend the extra money to pick the Milwaukee, which is an incredibly fine tool that’s without a doubt one of the best in class in the industry.

Now, we’d like our final word to be that that’s certainly not a knock on Ridgid tools - like we’ve said several times, their entry level, value-priced lineup are still some of the best tools out there for the price. For pure top of the line performance, though, we just don’t think they’re yet ready to compete with Milwaukee. 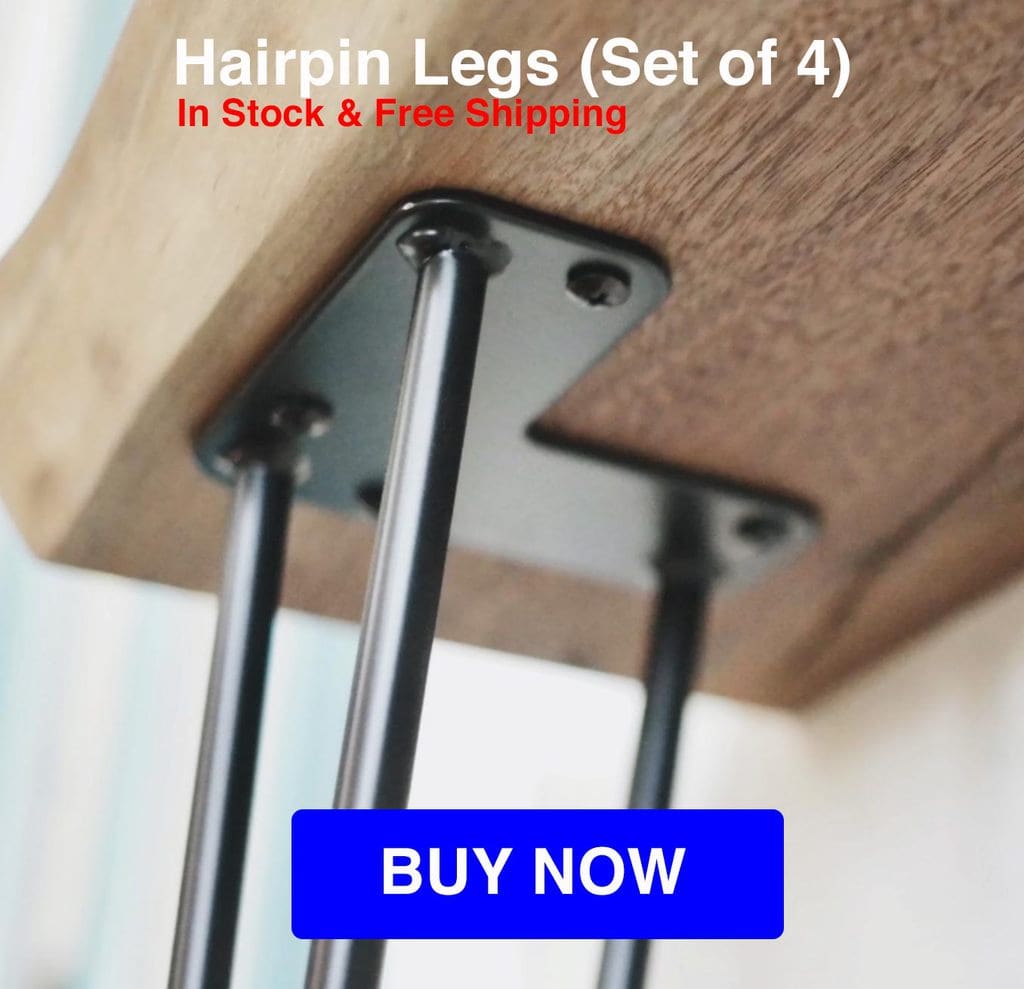