Home / Blog / Tool vs Tool / Clipped Head vs. Round Head Nailers – Which One is Better? 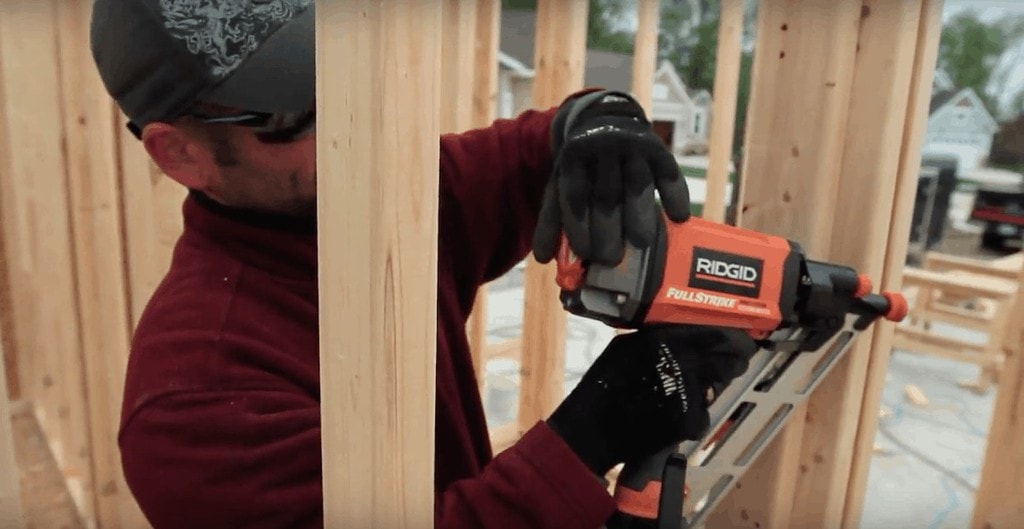 It never ceases to amaze us how the smallest of details can cause such uproar and controversy among the handyman/DIY crowd.

A lot of people will have you think so.

This article will go over everything you ever wanted to know about clipped head and full round head (FRH) nails and nailers - and hopefully dispel a lot of myths, speculation, and straight up baloney along the way.

Clipped head and round head nails… what’s what, exactly?

The full round head nail is the traditional nail that you and I and everyone you know has seen and held and probably worked with a thousand times before; it has a full circular head at the end of the nail shaft.

So what’s the performance difference between the two? 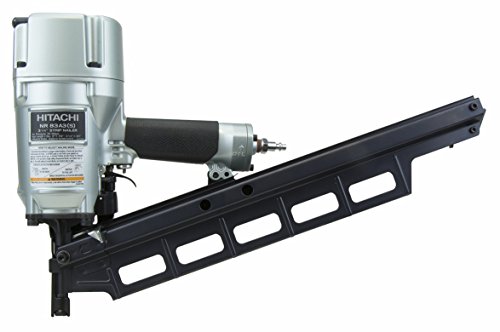 Any self-respecting engineer or builder will tell you that the strength of a nail’s hold comes, of course, from the size/length of the shaft - not the shape of the head. Thus, in theory the holding power of a nail should have nothing at all to do with the shape/design of the nail’s head.

In fact, there have been lab studies that have actually proved this. That is to say, neither the clipped head or round head nail was shown to ‘perform’ or ‘hold’ better than the other.

Apparently, though, that’s not enough for some people.

But hold on a second, before we get any farther. Let’s back up a tad, and talk about how this whole controversy started anyway.

History of the clipped head and round head nailers

Contrary to what you’ll hear a lot of people say, it was in fact clipped head nails that were used when the first high-powered, pneumatic air guns hit the market decades ago.

The arrival of the full round head nailer is, actually, a bit of a controversial topic.

Some folks will say that manufacturers introduced the FRH because it was superior in performance to clipped head nails. Others will say that round head nails were just a marketing gimmick designed to take advantage of regions which were prone to natural disasters such as earthquakes, hurricanes, and tornados, by having consumers believe they were ‘stronger’ than clipped head nails. (Do they really think that the shape of a nail head will be the difference-maker in the event of a hurricane?)

Either way, building code enforcement across many regions somehow bought into the idea that FRH nails were superior to clipped, and actually made it code in many cities for contractors to have to use FRH.

Naturally, this caused quite an uproar as it meant a lot of builders had to go out and buy brand new tools.

So IS there actually a difference between the two?

Yes, there is. But not in strength or holding power.

This is due to the way that the nails are strung together, or ‘collated’. When clipped head nails are collated, the flat ends of the heads butt right up next to each other, drastically decreasing the space between two nails, and thus increasing the amount of nails you can fit into the nailing gun’s magazine.

Round head nails take up more space than clipped head, because the heads do not line up flush with one another when they’re collated - you have a full head’s width between each nail.

How does this affect the performance of each type of nailing gun?

Being that clipped heads can pack together more tightly, the magazine on clipped head nailers is typically shorter than those of round head nailers. This is a big perk to some users, as it allows for a little less weight and more maneuverability in tight or hard to reach spaces.

On the contrary, round head nailers have a longer, heavier magazine, which some other users feel is an advantage as it provides more balance to the gun.

What are some other differences between the two?

Another fairly big difference between the two is in the way that the nails are collated.

Round head nailers can accept nails that are collated in either straight strips or round coils, depending on the gun. Most FRH nailers accept plastic-collated nails, meaning that plastic is the material that’s used to hold the nails together.

Again, this is either an advantage or disadvantage, depending on who you ask. (We’ll get right back to this in just a second).

Some round head nailers will accept coil-collated nails, which are held together with light-gauge wire, but these are generally less common than the strips.

Clipped head nailers (as far as we know) only accept strip-collated nails, and paper is the material that’s used to hold the nails together - not plastic.

This brings up the second big debate between FRH and clipped head nailers; paper v. plastic.

Paper-collated nails produce a very clean and finished job, with virtually no leftover material that can be seen after the nail is hammered in, and no mess to clean up on the job site. Their downfall, though, is that if the paper gets wet, it tends to break down and a lot of times the whole strip will get ruined (they’re not cheap, either).

Clipped head nailers are convenient because you can load more nails into a given magazine than round head nails, thus being able to work a job faster. Also, because clipped nails are paper collated, they produce a very neat finish with little to no clean-up required.

Round head nailers will not be able to work as fast, and the plastic they use will also cause unwanted mess on the job site and some flagging on the nail. However, they are code in many regions across the country, especially in disaster-prone areas such as Florida and California (hurricanes and earthquakes, respectively).

So which one do you choose?

First, find out if your city/region does indeed have code that requires round head nails. This is usually as simple as calling or going down to the hardware store and asking someone. (If you want to try and call a local government office to find out, be our guest. But make sure you have your whole afternoon free). Often, stores will not even carry clipped head nailers if city code doesn’t allow for them.

Whichever one you end up using, though, you need not worry about the quality of the job they do - they’re both equal in that regard.