Problems with a ceiling fan? Don’t sweat. (Pun intended). These everyday household appliances operate on simple induction motors, and there are only a handful of things that can go wrong with them.

For the DIY’er, this makes diagnosing and repairing problems a relative breeze (again, pun intended). In this article, we’ll walk you through several troubleshooting steps to help determine the culprit, and get that fan back up and running.

We’ll break down the diagnosing and troubleshooting process based on the following problems:

Before we get into troubleshooting, now would be a good time to say a quick word about maintenance. The #1 cause of blown ceiling fans comes from overheating due to dust accumulation and/or inadequate lubrication. Make sure youclean your ceiling fansevery now and again – don’t let dust accumulate on the blades or motor housing, and add a couple drops of household oil from time to time on any moving parts.

Troubleshooting: The fan is not working at all

If this is the case, you’re either in for a very easy fix, or your fan is toast and will probably need replacing.

First things first, make sure that you’ve got power getting to the fan itself. If the fan has a light fixture on it, and the lights are working but not the fan, you know the power source is good, and the issue is somewhere in the wiring or the fan motor itself.

If nothing at all is working, verify that you’ve got power getting to the wall switch. Check to see if a circuit breaker has tripped. If you’re sure the power supply is good, it’s possible there’s a problem in the wall switch, but this is unlikely.

Once you’re positive there is current getting to the fan, your only option is to get inside the housing and check the wiring. Fans move at high speeds, often for hours on end, and it’s possible that a connection has become loose.

Remove the motor housing and do a simple visual inspection. Look for obvious signs of shorts or disconnections. A very common problem in ceiling fan issues is a blown capacitor, but this is unlikely to be the culprit when the fan is showing no signs of life at all. We’ll talk about blown capacitors in detail shortly.

If the wiring looks good inside the motor housing, check the connections at the electrical box on the ceiling. If there is no visible damage or obvious culprits, you’ll want to get out the volt meter and start testing connections.

Start at the fan motor. If you determine that you’ve got proper current getting to the motor, but nothing is happening, the motor is toast. Electrical induction motors can of course be repaired or replaced, but if they’re blown, it’s much more practical to replace the entire appliance.

Remember, the #1 cause of blown fan motors is due to overheating from dust accumulation.

The fan makes noise, but the blades aren’t spinning

If you turn your fan on and it makes a humming or buzzing noise, but the blades aren’t spinning, the culprit is more than likely a blown motor capacitor. These simply burn out due to age or overheating, and are replaceable for $8 or $10.

To check the capacitor, remove the motor housing. The capacitor is a little black box that will be connected to the pull cord – if it’s burned out, nine times out of ten it will be very obvious and visibly destroyed or melted. Replacing them is simple, but does involve cutting and splicing wires. If you do replace the capacitor, make sure that you get the same one as the old one, or at least one with the same electrical requirements. Also, make sure that you cut the power at the circuit breaker before doing any electrical work.

A less common problem is a broken flywheel. In some ceiling fan models, the blades attach to a [[rubber flywheel]] rather than directly to the motor. Over time the flywheel can become brittle and break, in which case the electric motor would run, but the blades would be unable to spin. If this is the case, replacing the flywheel is a relatively simple process.

It’s possible too, that the bearings inside the motor could be frozen. If this is the case, the blades will be unable to spin, even if you push them by hand. Bearings can be replaced, but in this instance you’re better off replacing the entire fan.

The fan is stuck on one speed

This is another common problem, and 95% of the time is due to a blown capacitor. The capacitor determines how much power is delivered to the fan motor. If the capacitor burns out, only a small amount of electricity will make it to the motor, and the fan will be stuck on a low speed. 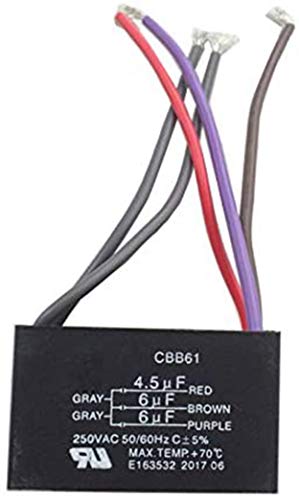 If the fan is stuck on a high speed, the capacitor is probably good, but the pull cord that is connected to it has probably broken off, or become disconnected. In either instance, it will be necessary to pull the motor housing and do a visual inspection.

The pull cord has broken off inside the fan

Depending on which setting the cord was at when it broke (high/medium/low/off), the fan will be stuck in that one position. 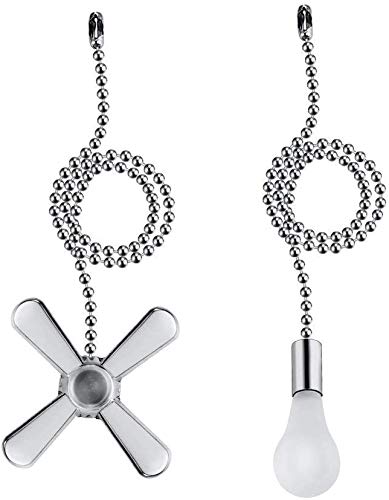 Depending on the model, the cord can either be reattached, or the whole cord switch unit will have to be replaced. Replacement switches are only several dollars, but it does involve cutting and splicing wires together.

*Remember: If you do replace a part on your ceiling fan (i.e. the capacitor or cord switch) that requires wire splicing, MAKE SURE THE CIRCUIT BREAKER IS TURNED OFF TO CUT OFF THE POWER SUPPLY!*

To replace the cord switch, you’ll have to remove the motor housing, then remove the small nut on the outside of the housing that attaches the switch to the housing. Next, disconnect the wiring and install the replacement switch.

On many models, the cord switch box is clear, and you can see inside to determine what position the fan is stuck on, or if the cord is able to be retrieved or re-attached.

This is due to unbalanced blades, or loose screws/connections somewhere within the assembly. 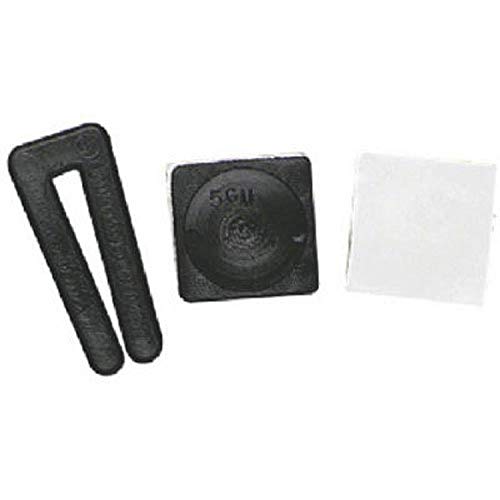 First, check the entire ceiling fan assembly for loose screws or connections, and tighten anything that needs tightening. Use a tape measure to ensure that each of the fan blades is the same distance from the ceiling. Also, check the blades and their mounting brackets to see if anything is bent, warped, or damaged.

If the fan is still wobbling abnormally and there is nothing loose or bent, it’s possible that the hanger ball at the top of the down rod (if it has one) has become dislodged from the groove in which it sits. Checking for this involves removing the base plate at the ceiling, and inspecting the connection at the mounting bracket.

If nothing else is taking care of the wobble, a balancing kit can be used to place small adhesive weights on the fan blade(s) that are out of balance. The kits are inexpensive, and very easy to use.

If you have tried the above and not getting very far with any of the fixes then take our recommendation on the most efficient ceiling fan currently available: Westinghouse Lighting 7801665 Comet 52-Inch Matte Black Indoor Ceiling Fan. 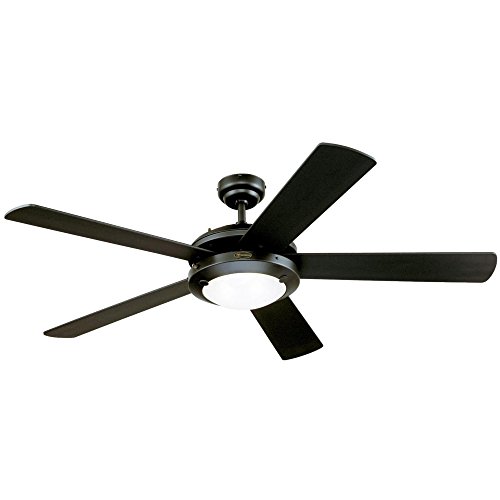